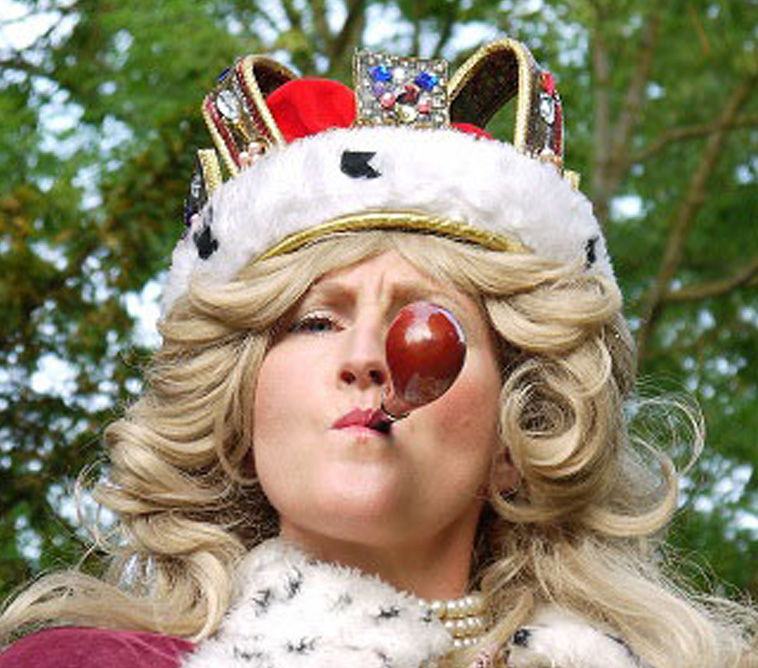 Rose was born in Chelsea in the late swinging sixties, the youngest of 5 bolshy daughters, to a pair of flamboyant bon viveurs. After tasting the delights of Sydney’s high life in the 80’s whilst managing to stay out of jail, she returned to London to embark on a three year classical theatre training at Drama Centre, London after which she was represented by International Creative Management (ICM) and performed on the London stage, including for Sir Peter Hall at the Old Vic and Phil Wilmott at the BAC where she played the title role in Germaine Greer’s adaptation of Lysistrata to critical acclaim.

Questioning if there was more to life than showing off, Rose took a U-turn, produced two babies (with the help of one man) and founded Kaliyoga retreats in Spain, Italy and France (kaliyoga.com). After a decade of observation and armed with a mine of material from the holistic world, Rose returned to performing, this time stand-up comedy, character sketches, and cabaret for a variety of audiences, both live and online.

In 2019 she wrote and performed Life Fright! a one-woman stand up comedy show and, spurred on by 200 people laughing at her, she produced a second show called Yoga Teacher Ate My Pet for the 2021 festival circuit.

Her TV script, Kings Road, co-created with her sister – won the C21 Scriptwriting Competition which is part of the C21 International Drama Summit at the British Film Institute.

Her TV script Hungry was selected as ‘having great potential’ by Thousand Films Script writing competition.

Rose’s radio comedy series, Dessert Island Discs where she plays both interviewer and characters, was commissioned for Frome F.M.

Listen to it here: https://www.mixcloud.com/FromeFM/playlists/dessert-island-discs/

Aside from performing stand up and character comedy on the London club circuit, Rose has written for the Hoffman institute and Beautiful magazine

Rose is currently working on a book of personal essays entitled: My Yoga Hell