MUMMA HAS LEFT THE BUILDING 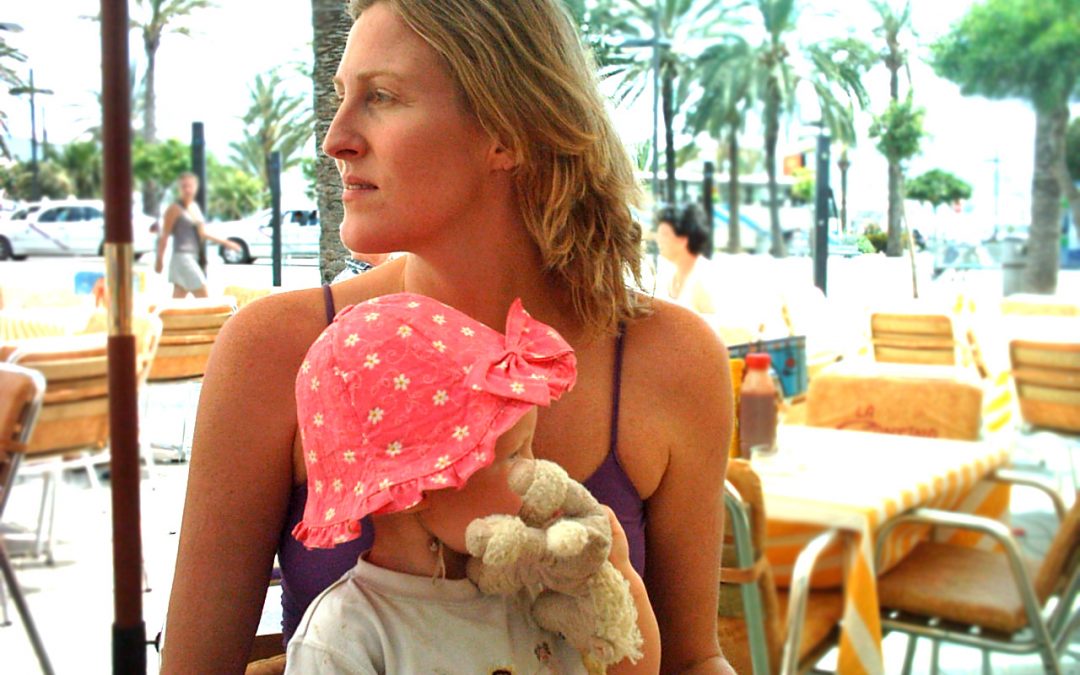 My Lola dropped a bomb this morning. ”I’m going back to uni early”, she said, coiling her Titian tresses into a crocodile clip. ”But…” I said, my bottom lip trembling ”..uni doesn’t start until February”. ”AND?” she shot back, daring me to continue my protest, which I didn’t, offering instead my Crumpled Martyr which has never worked. On any family member. Ever.

Later, as she pilfered my larder for saffron, miso and dried porcini (what happened to Toast Toppers?) I lay on her bed and thought about last summer when uni was just a prospect and not the home that would soon usurp ours. I remember fantasizing over how it would be – the trip up the Manchester, just she and I, belting out Rihanna’s Only Girl in the World, car boot jumping with pots, pans, contraceptive devices and her extensive stuffed bunny collection. As the sun set, we drove through the wrought iron gates to her tree lined halls where, at the ivy-covered entrance, a student throng crowded around us, commenting on how young I look for a mum, with me batting away their compliments with a giggle and a wave. Later on over Nescafe in the oak panelled student kitchen, I had them all in stitches with my Christopher Walken impression. As night fell we assembled the futon, activated the Ylang Ylang room diffuser, and to the delight of her roommates, and I made them all risotto before leaving them to bond over a game of Articulate.

Of course none of this happened because life isn’t Friends and my Christopher Walken impression is terrible.

No. Here in grimy monochrome is what really happened.

D-day morning. Sheet rain drenched Lola’s bunny collection as the boot door failed to open and I had to crouch like Gollum to receive every single item through the side window, grazing my knees and forearms in the process. ”WHY IS THIS CAR SO SHIT?” Lola yelled as both blue tooth & radio reception failed, leaving us with the choice of Radio Cymru which is about as exciting as a wooden pallett. I wasn’t so worried about entertainment as how I was going to negotiate the Warwick Bypass with a wayward left hand mirror and no line of sight through the back window. ”MUM!!!”  ”Shhh don’t talk to me I’m in the wrong lane I’m in the wrong lane oh my God oh my God we’re going to DIE!” Lola tried again. ”WHAT?!?!” I barked. ”Look! He’s letting you in. GO!” ”Ohhh THANK you!” I gushed. ”Don’t blow him a KISS, what’s WRONG with you?!” said Lola. ”I’m being charming” I said. ”Charming?” she barked, “are you tripping? This is the MIDLANDS!”

I fell into a deep sulk as we followed ominous signs for THE NORTH which shamefully I knew little of, other than it was harried by William the Conquerer a millenium ago to the tune of 100,000 deaths. Our journey ended outside a steel fence that resembled Feltham Young Offenders Institute.”This can’t be right” I squinted over the steering wheel, before Lola pointed to a sign saying ”Student drop, this way” and we followed a convoy of luggage-laden students trudging towards a clump of red brick Toblerone shaped dwellings straight out of The Handmaid’s Tale.

Eventually, we found Lola’s flat. A Nike clad youth with a buzz cut and a lump in his sock (flick-knife?) opened the weighted fire door. ”Hi!” said Lola, offering her Kirsten Dunst-iest smile. ”Conor, Durham, philosophy” the youth mumbled and then, surveying her load, ”Wanna share pots ‘n pans?” Lola recoiled as if he’d requested a blow job. ”She’d love to!” I trilled, to which he curled his lip and scuttled into Room C.

Lola sniffed the air. ”Somethings dead. Or dying”. ”No no”, I said lightly, ”it’s because the flats been closed for so long”, and I rushed to open a huge window which gave two inches before activating a safety lock.

”Oh God”, she whimpered and fumbled the lock to Room G which happened to be next to a loo containing the largest turd either of us had ever seen. Room G was tiny by contrast. Twelve foot long by ten foot wide with a single bed, a desk, a cupboard, a chair and a stainless steel sink, corroded with the pee of a thousand first years.

Lola turned to me, panic in her eyes. ”I can’t do this mumma” to which I began to swan around the room like Doris Day. ”Oh come on now we’ll make it lovely, cos we’re home makers, and we make EVERYTHING lovely!” I grabbed her by the hand, danced her back to the car and loaded her up like The Cat in the Hat.

An hour later Room G no longer felt like a prison cell. Proud of our work, we rewarded ourselves with a Wagamama before doing a final supermarket shop. As I raced around like a demented contestant of Supermarket Sweep, Lola draped herself over the trolley. ”Get all the stuff I like” she yawned. I stared at this child-woman in disbelief, wondering if she’d be straight back in my kitchen this time next week, licking out the cookie dough bowl.

Back at the flat we unloaded our embarrassment of shopping bags with Lola’s flatmates standing around, silently judging our contribution to the End of Days.

Aside from Connor, who was now sporting a lump in his t-shirt (hand grenade?), there was Aisha – a teetotal theology student from Birmingham; Troy – a dead-eyed computer programmer; Pan – a maths student who stood with his arms pinned to his sides; and Jess, a shy woodland creature whose eyewear was thick as cockpit glass.

When it was time to go she clung to me like a sailor to driftwood. ”These aren’t my people mumma!” she wailed. ”Darling”, I replied, ”This is called society, and deep down everyone is exactly like you”. ”But what will I do mumma?” she said, suddenly seven again. ”What do you mean what will I do?” ”I mean, what will I do when you’ve gone?” An alarm went off in my heart. ”Warning! Warning! Heart Break Imminent! Leave The Building NOW! So I leapt up and gripped her by the shoulders, as if the force of that grip might staunch the geyser of tears that threatened to saturate her new home.

”Listen” I said, in a Penelope Cruz accent that surprised us both. ”Life is long and this is a moment in time. It will be scary, exhausting and some days you will want to curl up and die but you won’t, because…” I gulped down the sobs that banged on my diaphragm like a fist. “Because…” Because what mum, you complete and utter nutter? “Because…” The words fell from me as slippery as her birth. “Because you are LOLA.” Then, propelled by the momentum of 100 million years of mammalian evolution, I ran out of the room, down the stairs and into a daughterless night.